Posted at 02:47h in News by shiqiadmin 0 Comments
0 Likes

Botanic Gardens View, at Taman Serasi, is off Cluny Road in prime District 10. The 144-unit, freehold development was completed in 1970. It is located across the road from the Singapore Botanic Gardens and about 150m from Gleneagles Hospital and Medical Centre. Nearby residential developments include Nassim Mansion, 8 Napier, and 19 Nassim. It is also near the upcoming Napier MRT station on the Thomson-East Coast Line that is expected to be opening later this year.

Based on an analysis of URA caveats using EdgeProp Singapore’s research tools, Botanic Gardens View has enjoyed a steady appreciation in its average property value over the past 20 years. In March 2002, the average resale price at the condominium was $775 psf, but last month the average price commanded by the development was about $2,435 psf. 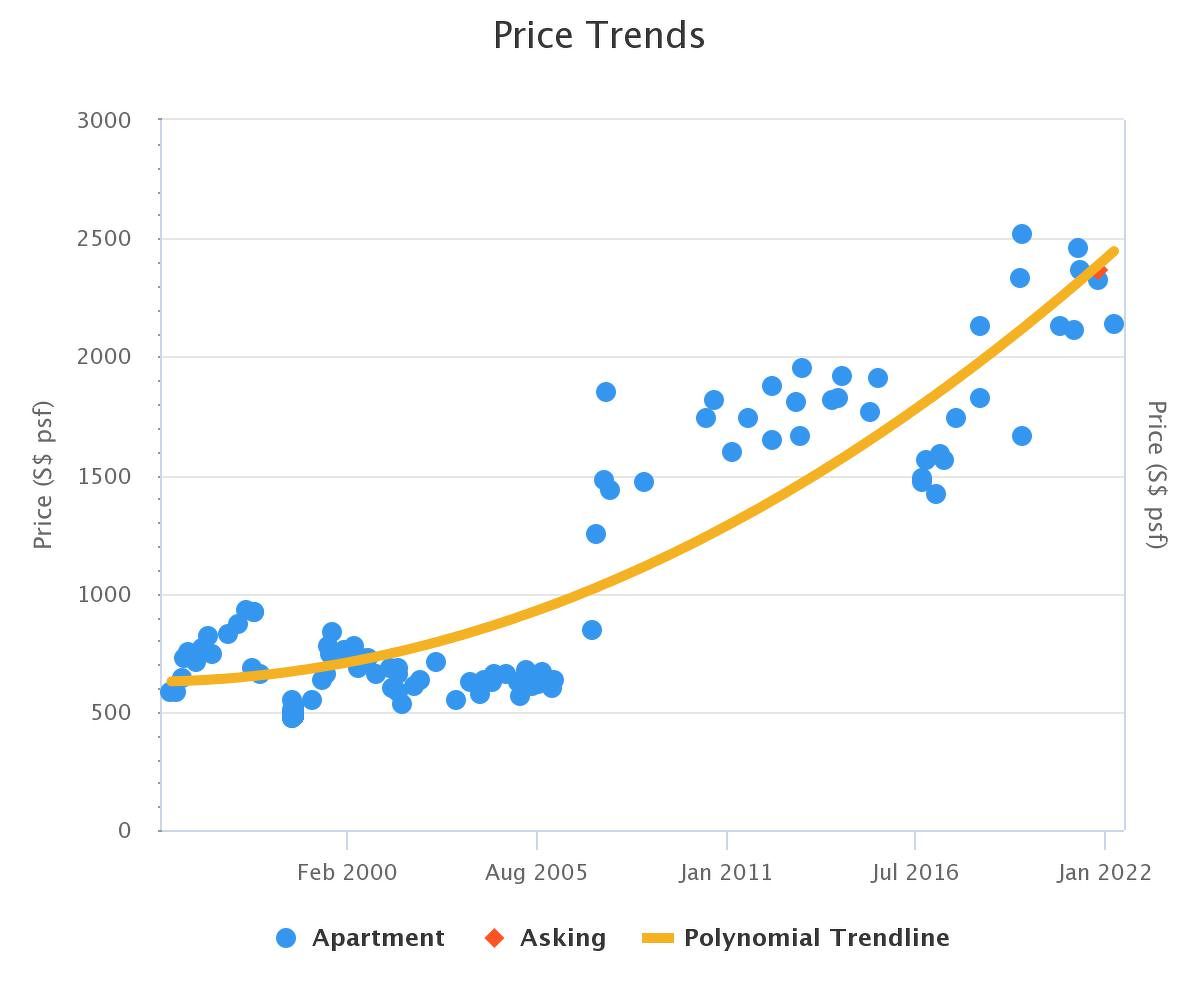 Cavenagh Court is a freehold condo along Cavenagh Road in the Newton area. The 68-unit development was completed in 1971. It is close to the Orchard Road shopping belt and the Newton and Novena areas, and enjoys access to major roads and highways such as Bukit Timah Road, Dunearn Road, and the Central Expressway.

A four-bedroom unit at Cliveden at Grange incurred a loss of $2.34 million when it was sold for $8 million ($2,815 psf) on April 11. (Picture: Samuel Isaac Chua/The Edge Singapore)

Cliveden at Grange is a freehold condo along Grange Road in prime District 10. The 110-unit luxury condo was completed in 2011 by City Developments and comprises a mix of three- and five-bedroom units of 2,152 to 6,028 sq ft.